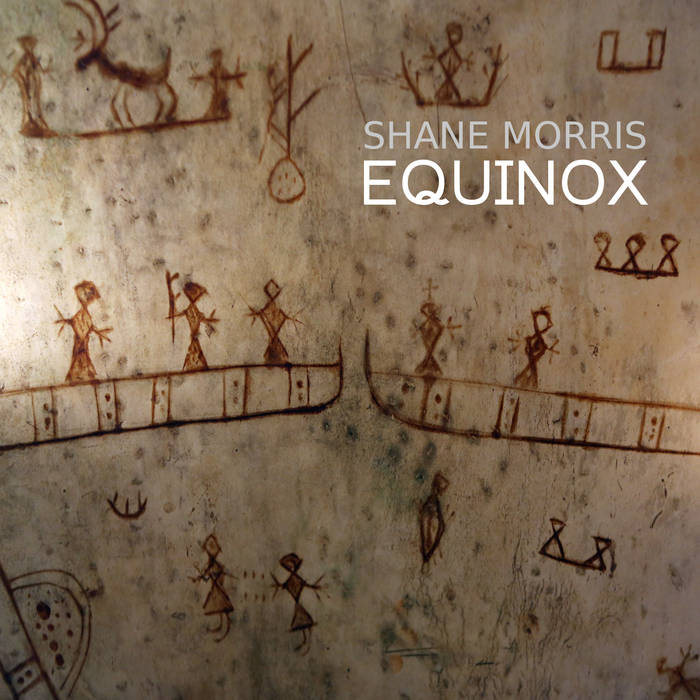 Equinox, the first solo studio work from Shane Morris originally released in 2011 with the Earth Mantra net label. Re-Released for the first time, the album features a slight remastering of all four tracks and a new album cover that more accurately reflects the ethno-ambient nature of this work. Additionally, Equinox is now available for the first time ever in FLAC/WAV/AIFF formats.

Equinox is a tour-de-force of tribal ambient world sounds featuring Shane's signature drumming style, psychedelic synths, and introspective winds. The album consists of four distinct immersive realms represented within each of the tracks transporting listeners to an ethereal world were the primitive and modern collide.

Hypnagogue Reviews - This is must-listen for tribal ambient fans. It’s become a favorite of mine among my tribal listens. I’ve kept Equinox looping for literally hours at times while writing this review, and its spell remains potent and affecting.
Full review: hypnagogue.net/2011/08/04/shane-morris-equinox/

Darrell Burgan - The compositions on Equinox simply mesmerize. We listen to a lot of ambient music, but something about this album captures our imagination in a way few others do. Perhaps Shane's immaculate percussion work is the reason, or maybe it is his remarkable ability to layer complex sounds without the sound ever becoming overburdened. Certainly, Shane's live performance chops have reached their pinnacle of expression with Equinox. This is the album Shane was born to make.

Chris Hodges - This is music to live by.