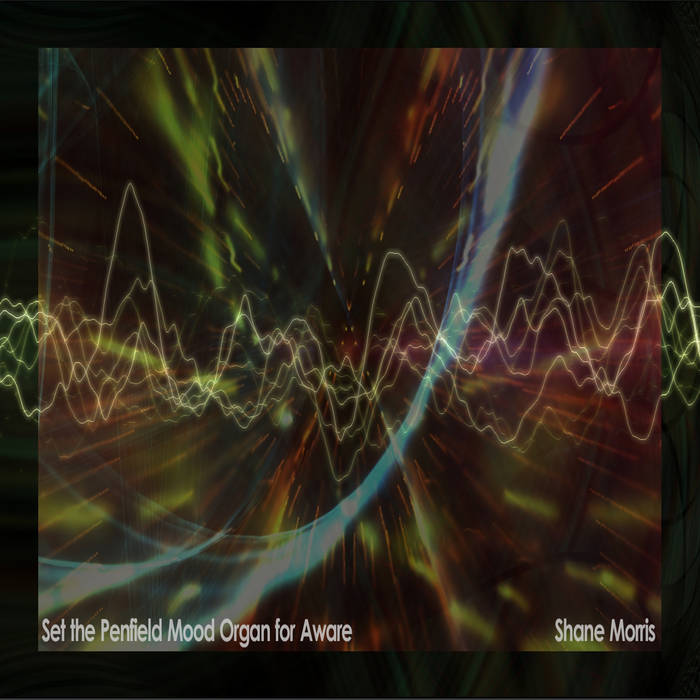 Brian Bourassa Love this work from Shane. It's now one of my favorites along side his Full Moon Series. Favorite track: Set the Penfield Mood Organ for Aware Part One.

Live recorded streaming performance from 2011 on Atmosphera, former radio show of Shane Morris at electro-music.com. Originally a 2+ hour continuous set, it has been reduced to 3 separate tracks of the highlights of the original recording. Though the instruments and patches were prepared beforehand, this was an all improvised set.

The Penfield Mood Organ, for which this music was inspired, is a fictitious machine based in Philip K. Dick's book, "Do Androids Dream of Electric Sheep", of which the film "Blade Runner" was inspired from and based on. In the book, the mood organ functions to alter the unwanted mood of the listener to a desired mood. The device has options for the basic range of human moods and emotions at the disposal of the listener. The machine works like and is often compared to a drug, though it is all accomplished naturally through the use of sounds and tones.

Review by Rick MacLean pingthings.blogspot.com/2012/12/set-penfield-mood-organ-for-aware-by.html
Dececmber 04, 2012
I’m going to be honest here, and admit that it was the Philip K. Dick reference in the title that first inspired me to check out this net release by Shane Morris. And while my motivations may be a little suspect, I’m very pleased to report back that “Set the Penfield Mood Organ for Aware” not only delivered on my sci fi geekery, but it’s a really strong album as well.
The album is divided into three tracks simply named Parts One, Two and Three, each with their own mood and tone. Part One features a steady drone with occasional higher tones slowly rotating to create a vaguely hypnotic soundscape. Part Two is a calmer, more subdued track that works on much more subtle levels, in some ways a much more intimate piece of music. There’s a feeling of delicate and fragile beauty here, a real sensuality that works very effectively in inspiring an emotional response. Part Three closes the release with a much brighter, warmer tone than the last two tracks, but don’t be deceived by it’s apparent peacefulness, there are snakes and monsters that lie underneath the surface here, just waiting to be discovered.
It should be noted that listening to the album has prompted me to reacquaint myself with Wilder Penfield and how his theories may relate to my own musical experiences, particularly the way I visualize music when I listen to it. There are some very interesting ideas rolling around my head now as a result of this release, and I expect that I’ll be thinking about them a lot as I further explore Shane Morris’ work.