by Shane Morris and Dan Minoza 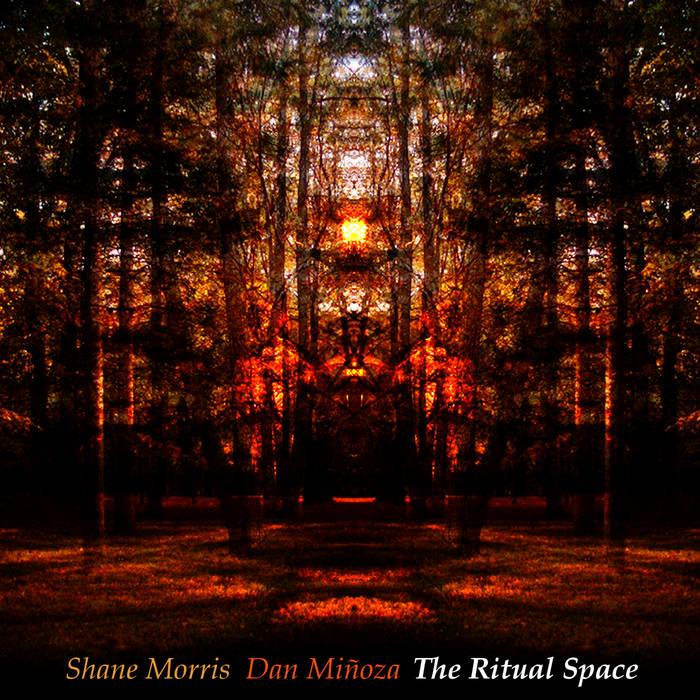 Ritual Space was recorded live in July 2010 at the Kansas City Electro-Music Festival in Parkville, Missouri. Not only was this music completely improvised with no rehearsals, but these are the very first notes Shane Morris and Dan Minoza ever played together.

The result was an incredible mesh of ambient and dark ambient sounds fused together by two musicians that were completely tuned to the same wavelength on this day.

Ritual Space is a live, uncut, unedited recording with no overdubs.


::Ritual Space Review by Enough Records::
I am usually not especially into live performances, with a few exceptions, but, ironically, my reviewing has pulled me into that direction, recently with my review of a piece by Mystahr, and now by the latest on Earth Mantra by Shane Morris and Dan Minoza.

Most reviewers would probably point out that it is indeed impressive how smooth and beautiful the music is on this release, especially given that these two performers had never played a note together until this recording. And I would agree. I would go a bit further and point out that, as a recording, it is excellent.

Processed acoustic sounds mesh with bursts of electronic sounds. Melodies form and develop, drifiting past, much like in Obmana and Roach’s famous jam, “Spirit Dome”. And quite nice is the ability of the two artists to support one another– there is absolutely no sense of hostility or competition here, just a feeling of organic wholeness, in which one artist’s inspirations are quickly reinforced by the other’s.

So, don’t listen to “Ritual Space” as an apology for live ambient jams– listen because it is an excellent recording and worth your time.